MOSCOW, May 24, 2021 /PRNewswire/ — On two weekends in May, the young participants in the 9th season of Football for Friendship (F4F), the International Children’s Social Programme organised by Gazprom, met online in the International Friendship Camp where they took part in various workshops on the topics of sport and social cooperation. 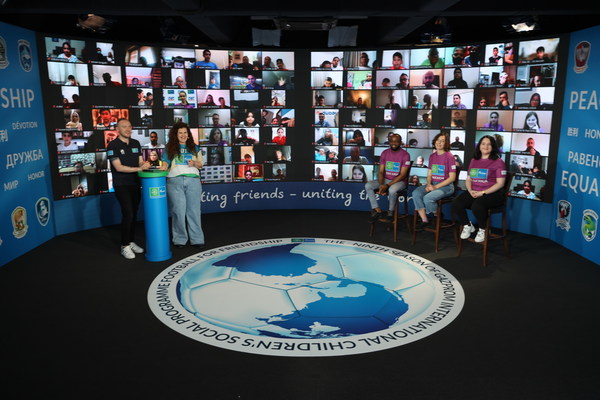 Football for Friendship organises International Friendship Camp: children from all over the world discuss the nine values of the programme

The overall theme of the camp was "Uniting friends – uniting the world", and the children and young people aged 12 to 14 years from over 211 countries exchanged their views and experiences on the nine values of F4F: friendship, equality, fairness, health, peace, devotion, victory, traditions, and honour. Irrespective of their country of origin, their gender, their ethnicity or their language, the young participants were able, in spite of the pandemic and closed borders, to get to know each other better and to make friends in the course of the online events on 15th and 16th and on 22nd and 23rd May.

During the workshops, which were moderated by adult educators, the children were involved in a variety of activities: they wrote essays on topics of interest to them, for example, made videos about their contribution to environmental protection, and discussed the topic of gender equality in sport.

One activity gave the participants the opportunity to present their personal definition of the value friendship. In a brainstorming exercise in groups, they were asked to create specific events highlighting this value. The results of every team were handed over to tutors and Young Journalists, who selected the best options. In a next step, the participants were asked to share with the others their personal stories of friendship.

In the International Friendship Camp, the children, under the guidance of experienced coaches like Alketabi Nivin from Syria, also prepared for the Football for Friendship eWorld Championship 2021, which is being contested in a digital format on the multiplayer simulator "Football for Friendship World" (F4F World). 32 Teams of Friendship with players from 211 countries will be taking part in this tournament. The group stage, which involves matches in eight groups, will be played on 24th and 25th May, with the final on 29th May.

This site uses Akismet to reduce spam. Learn how your comment data is processed.

Out of Town Updates